Helen Flanagan Bares all for PETA 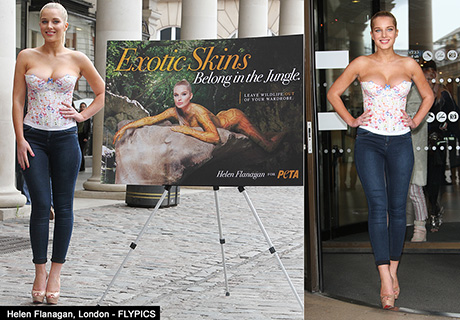 FHM’s ‘Sexiest Woman in the UK’ is pictured as she unveils the new racy PETA campaign poster before the media in central London. 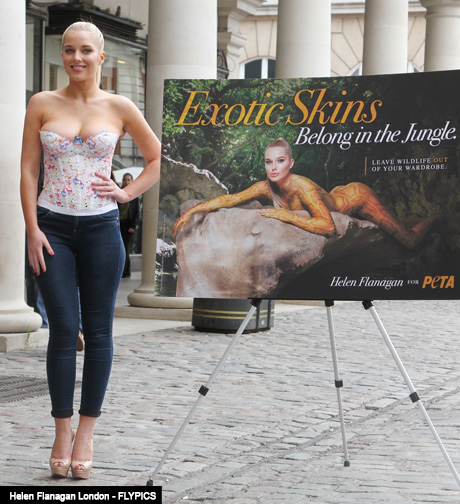 The campaign features the star naked, covered only in ‘reptile’ paint with the words ‘Exotic Skins Belong in the Jungle. Leave Wildlife out of Your Wardrobe’. 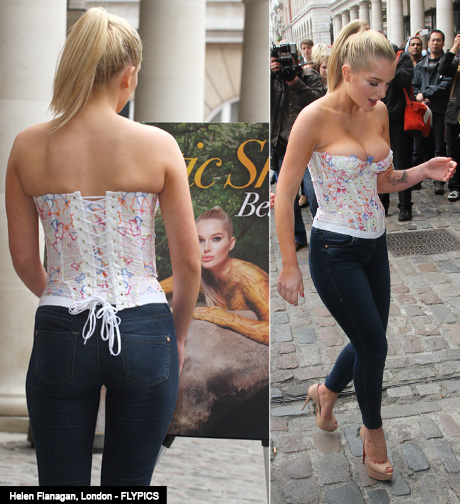 The sultry image, shot by top celebrity photographer Trevor Leighton, reveals her versatility as an actor – because, although she made her name playing Manchester-born Rosie Webster, here she stars as a jungle-dwelling reptile!

Helen, who has just been crowned FHM’s Sexiest Woman in the UK, was keen to make the point that you don’t need to wear dead animal parts to turn heads. She watched PETA US’ hard-hitting research of what happens to snakes, alligators and other exotic animals killed for their skins, which shows animals who were nailed to trees, bludgeoned with hammers and skinned alive. And knew she had to speak out. 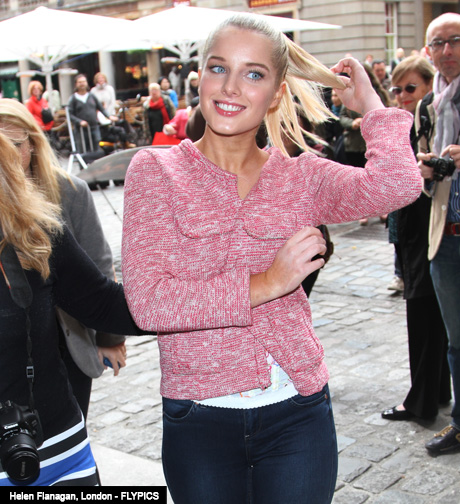 Helen said: “Spring is the perfect time to clean the cruelty from our closets”, Helen says. “I know when people see the footage of how animals killed for their skins suffer, they won’t want anything to do with the exotic-skins industry and will join me in leaving wildlife out of their wardrobes.”