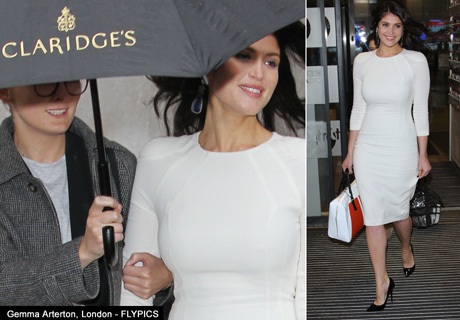 Former James Bond star actress Gemma Arterton looked glamorous in this white bodycon dress as she arrived at the BBC Radio One studios in London. 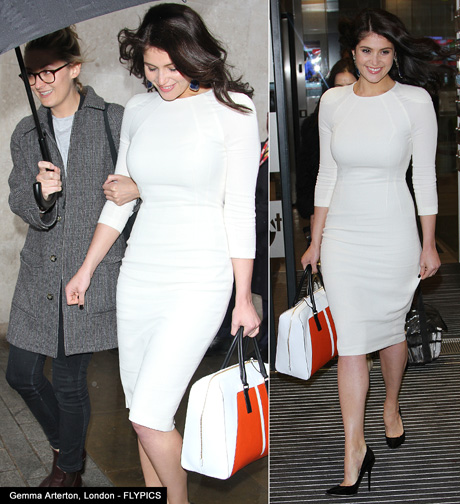 Gemma who appeared in the Quantum of Solace defied the wet weather by wearing a fabulous figure hugging white bodycon zipped dress as she arrived for the BBC Radio One Breakfast show hosted by Nick Grimshaw in London.

Following her Breakfast show appearance Gemma headed back to a London Hotel. 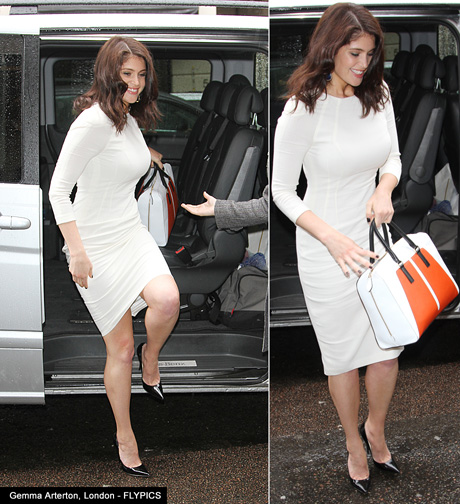 Despite soaring temperatures over the weekend London was plunged back into wet windy wintery conditions for the start of the working week.

Pictured below: Katie Price was spotted at the ‘As One Festival’ in London the previous day. 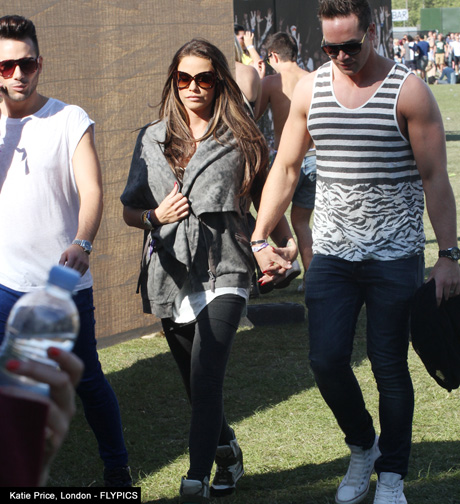