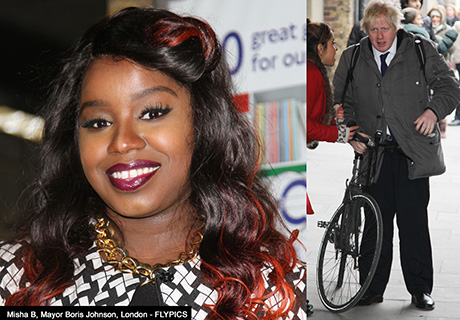 Mayor Boris Johnson was nearly late for his own gig with X Factor star Misha B. FLYER Newspaper spotted Mayor Johnson walking hurriedly towards London Bridge Underground Station before he met-up with the young talent on the stations concourse.

Commuters were surprised as we were to see London’s Mayor Boris Johnson and Misha B perform a live-set together on the stations concourse. 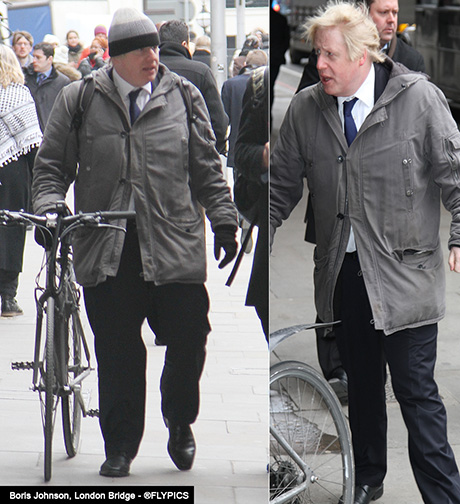 ‘Gigs 2013’ is the Mayor’s annual busking competition that gives musicians the opportunity to perform at landmarks locations around London, and compete for a host of music prizes including a coveted official London Underground busking license and studio recording time.

Singer Misha B used busking to overcome stage fright before finding fame on the X factor and landing a record deal. The competition is open to Londoners aged 11-25 who can sign-up at www.gigsbigbusk.com. 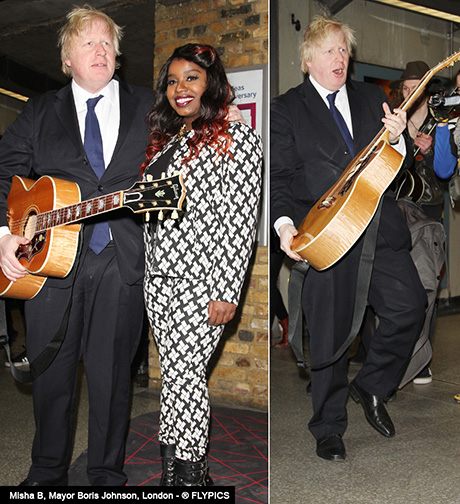 The Mayor Boris Johnson said: “It is surprising how many stars started their careers busking – from Simon and Garfunkel to Tracy Chapman. This is the perfect opportunity for our talented young musicians to show off their skills and win prizes that could help launch their careers.”

Misha B said “Busking played such an important part at the beginning of my career, I’m really pleased and proud to be supporting this initiative.” 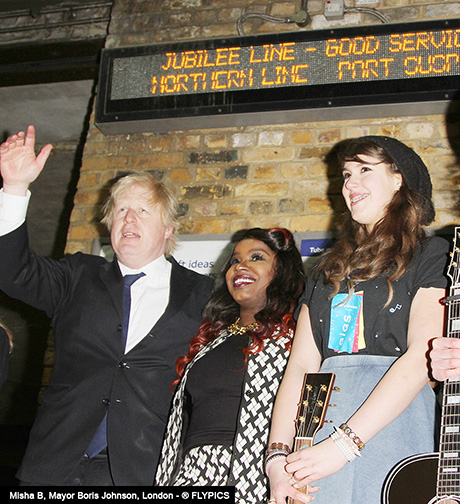 The acts who make it into the finals get to play live sets across the unique network of Gigs busking pitches at iconic London locations, major rail and tube stations and the Queen Elizabeth Olympic Park. James Riley, the Gigs 2012 winner said: “Gigs competition was an amazing experience playing to hundreds of people who we otherwise wouldn’t have reached, making friends and most importantly, music! It really made the summer of 2012 for us, and I would definitely recommend it to any musician, because you never know where it might take you!”

The best acts – as chosen by expert industry judges and the Gigs public vote – will go head-to-head in the Gigs Grand Final at Westfield London on Sunday 8 September. As well as a busking license, the winners will receive recording sessions at a top professional studio, a year’s course at The Institute of Contemporary Music Performance, coaching from chart-topping songwriters, music equipment, incredible performance opportunities and specialist industry advice.

Previous winners included The Robbie Boyd Band (2011 winner), who are regularly played on Radio 2 and have recently returned from a tour of South America, James Riley (2012 winner) and his nine-piece bluegrass, folk soul explosion who are about to release debut EP, and Natalie Shay (2012 youth winner) – the talented 14-year-old singer-songwriter who wowed audiences with her strong vocals in Gigs 2012.

Natalie Shay – Gigs 2012 Youth Category Winner said: “Playing at Gigs 2012 was the best thing that could have happened for me as a young artist just starting out.”