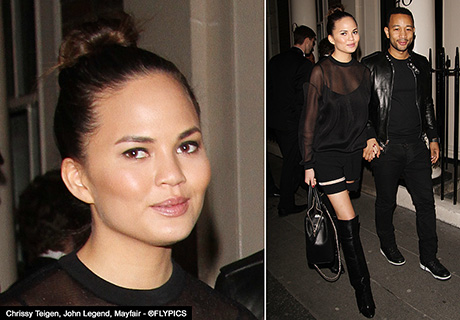 London’s weather may be hovering around zero degrees however that didn’t put-off music talent John Legend and his fiancé Crissy Teigen who dared to bare more than most as they hit-up events across Mayfair. 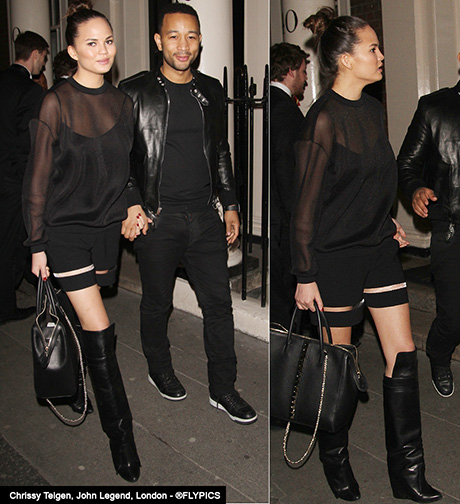 Paparazzi were forced to wait several hours when the couple refused to pose for pictures as they arrived at the Arts Club in Mayfair.

“They appeared a bit flustered on arrival and we gave their personal security officer a bit of a hard time when they arrived, they gave up pictures on the way out,” said a paparazzo.

Also worthy of her place in our fashion round-up was singer/TV talent Sinitta. “I’ve just jetted in from LA.” Sinitta said to Flyer Newspaper today. “I hope I’ve bought some sunshine with me,” Sinitta exclaimed!. 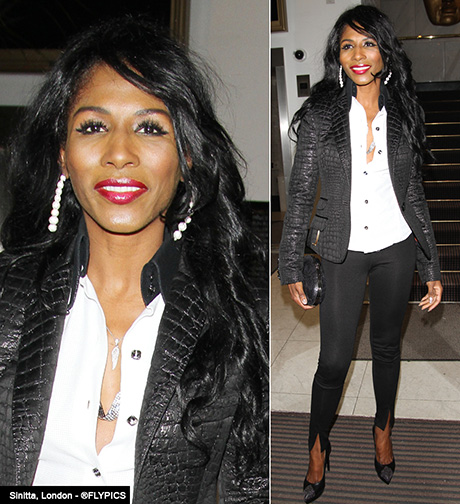 Our fab celeb of the day is the gorgeous actress Caroline Chikenzie who was spotted heading towards Fortnum & Mason in Mayfair.  Of the 300 or so celeb pictures we received today Chikenzie rocked the winter look with a splash of spring colour. 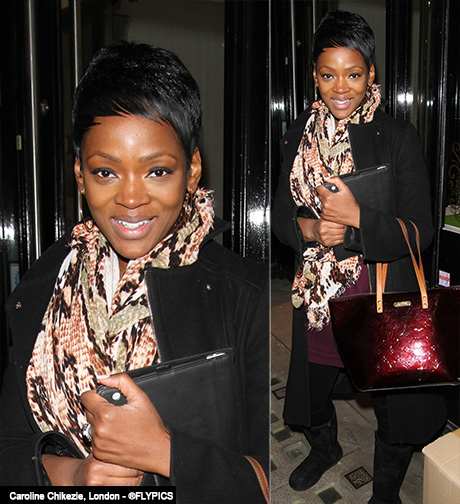 Stylish Chikenzie wasn’t expecting to run into a group of paparazzi however reportedly showering them with compliments is always a good move and it worked.