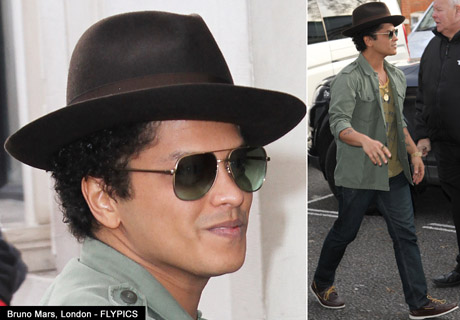 Bruno Mars absolutely loves hats; in fact Bruno reportedly owns hundreds of hats. It was no surprise when the American Superstar rocked up at a London Radio station this morning wearing a bowler hat despite the temperature dipping well below freezing. 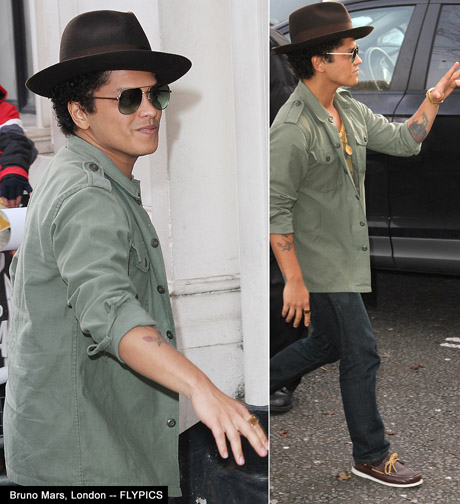 The American singer/songwriter born in Honolulu, Hawaii into a music family was not dressed for UK temperatures not that any of the young women that spotted him minded. 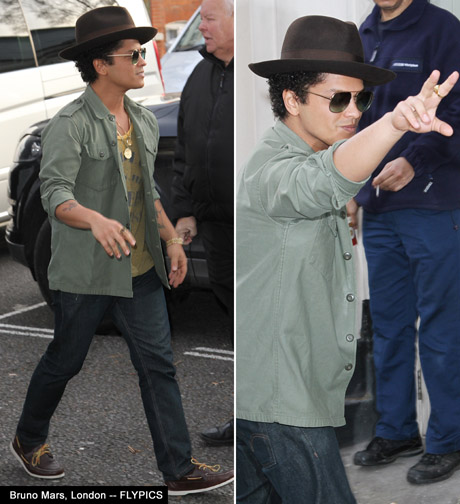 Rocking Jeans, and colour coordinated shirt and brown bowler hat Bruno was pictured arriving at the Radio One Live lounge in North London.

Celebrity gossip in the city

Has Lady Saw embraced Christianity. Jamaica Dancehall  icon Lady Saw has reportedly taken a new direction and looks set to follow a new path. The Reggae World is abuzz with reports that Jamaican singer has embarked on a new faze in her life.