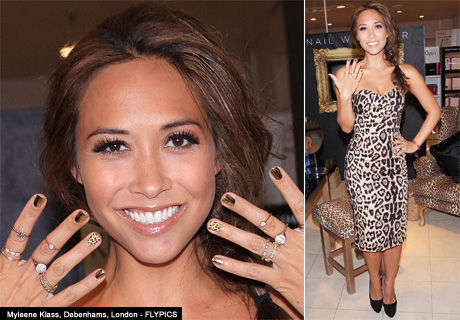 Myleene Klass looked a million$ wearing a strapless leopard print frock dress to her pop up nails press launch in London. The mother of two whose husband walked out on her Birthday certainly knows how to multi-task by opening her own brand spanking new nail wrap bar at Debenhams in Oxford Street London. 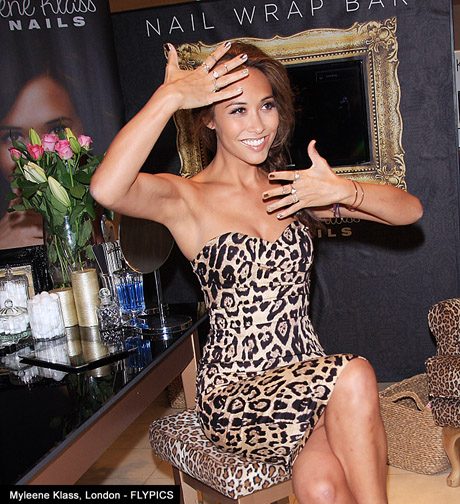 Speaking at this exclusive launch Myleene said: “I’ve been involved in every step of the development of my first nail wrap bar in Debenhams to ensure everything is perfect, from the leopard print chair designs to the dressing table. With the range of designs available you can change your look as quickly as your outfit. I hope people love it as much as I do!” 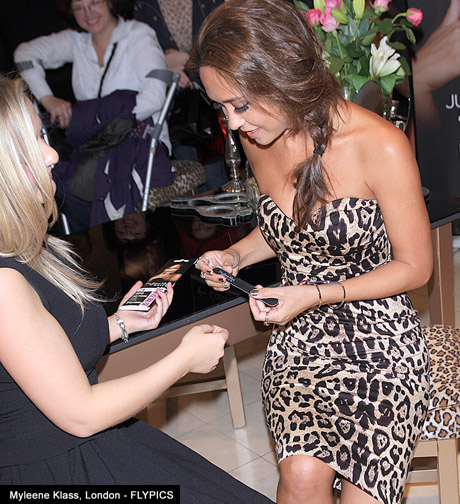 The new nail wrap bar will be situated in Debenhams Beauty Hall was declared operational on the first of November 2012. Unlike nail polish, her nail wraps won’t chip or damage your nails and are easy to apply. You don’t have to wait for your nails to dry or risk any smudging, just purchase the design of your choice and one of the Myleene Klass Ambassadors will be on hand to apply and share application tips with you completely FREE! 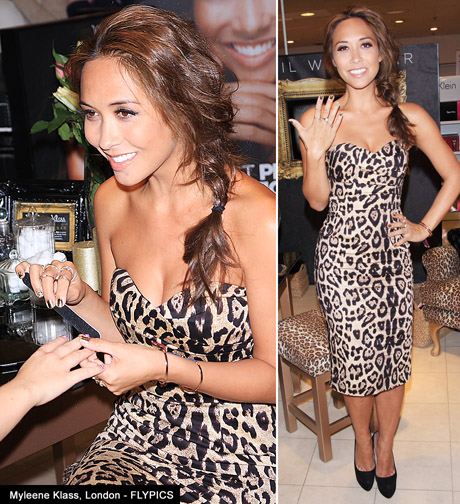 Myleene has created 32 fabulous designs that are sure to add the perfect finishing touch to any outfit. Whether you’re in the mood for rock-chic skulls or a more glam party style with lace, there’s a design to fit every style. Each set contains 24 wraps to fit fingers and toes of all sizes, along with a free nail file. They cost £5.99 per pack including FREE application or buy 5 packs for £25.

Ahead of the launch Myleene posted a message to her followers on Twitter: “*Whoop whoop Klaxon* BIG day. Officially opening my own nail wrap bar in @Debenhams Oxford st. 2.30pm #myleeneklassnailbar #strongmamas.”

There were some crazy goings on in central London yesterday for the press launch of Forever Crazy Cabaret show starring model/TV presenter Kelly Brook. Brook joins the cast of the cabaret show for a limited run until November 8.  She performs ‘Lecon d’Erotisme’ one of the show’s most iconic acts and also appears as Miss Bisou throughout the show.

The press agents were so intent on keeping two photographers off the venue that they failed to notice over ten paparazzi who walked straight into the venue with high-end cameras.

The photographer who was white reported: “It was bizarre as they didn’t question me as to my accreditation, they even tried to bribe me to stay by offering some champagne and media access to the MOBO’s!!! 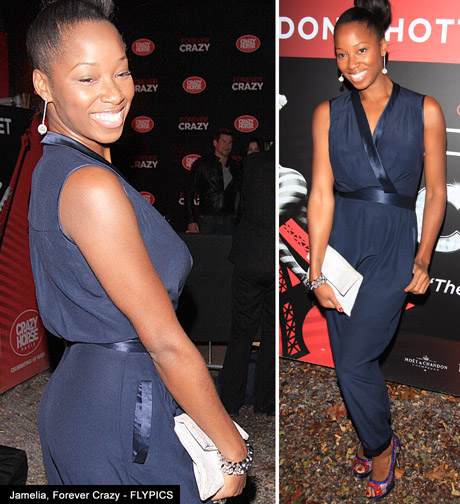