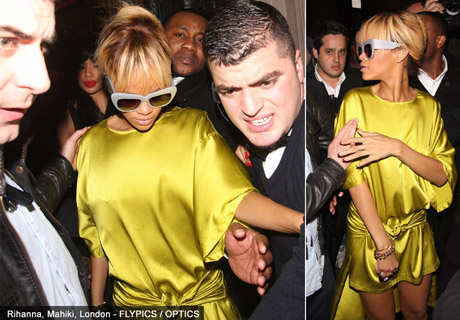 Barbados born superstar Rihanna continued her partying ways in London for the fourth consecutive night following her glittering performance at the 2012 Britt Awards at the Greenwich 02. 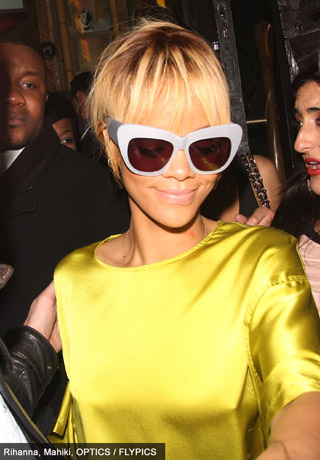 The star who received an award for Best International Female Solo Artist hit the nightclubs after the awards night sporting a suspicious red mark on her neck.

Emerging from the shadows of Mahiki wearing a bright yellow dress and huge white shades Rihanna momentarily lost site of the direction of her people-carrier. However the attention soon shifted from the dress to the suspicious looking red mark on Rihanna’s neck. 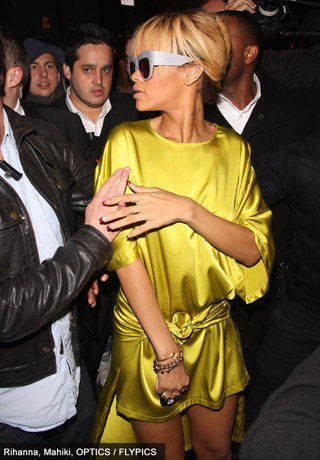 How much Rihanna loves Britain I guess we’ll never really know but considering the length of time Rihanna has been in London I wouldn’t be surprised if she joined the likes of Kanye West or Kellis and settled in Europe. 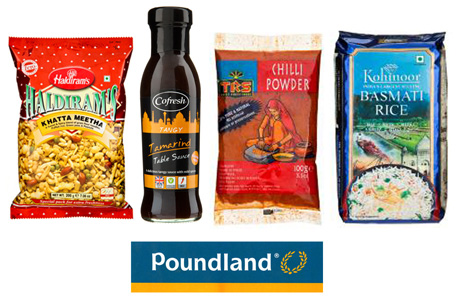 Rihanna left Mahiki at 4.am and headed through the underground car park at her West London hotel. 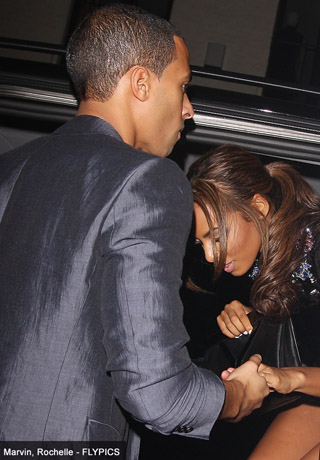 Marvin from JLS who is engaged to Rochelle from the Saturdays was amongst the first to arrive. 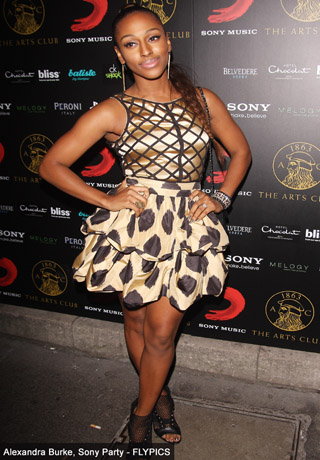 Alexandra Burke was clearly in the mood to party. 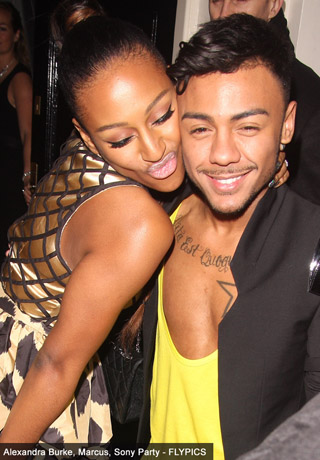 And so to was X Factor finalist Marcus Collins. 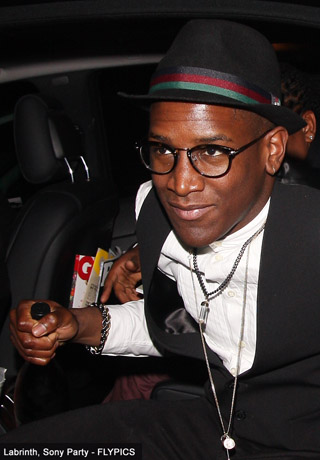 Clutching a bottle of champagne, artist/producer Labarinth was snapped arriving at the Arts Club. 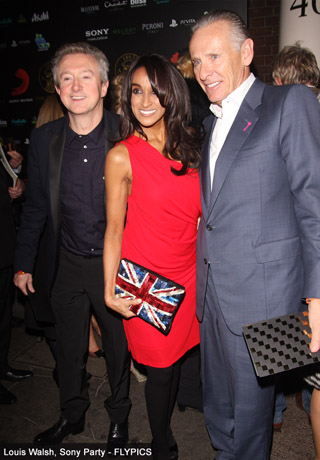 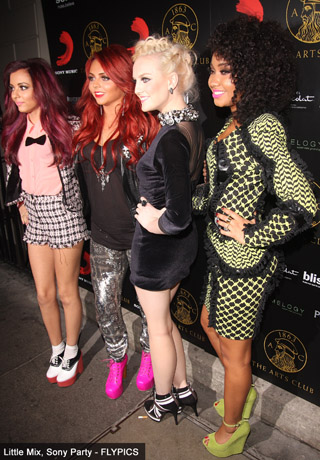 Little Mix fans may have been out numbered by One Direction fans but that didn’t stop the girls from having a good time. 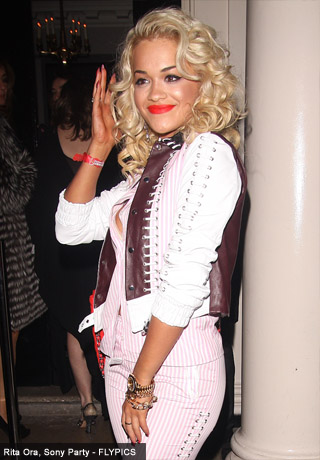