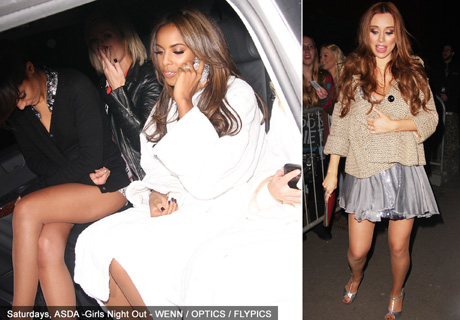 The Saturdays were one woman down for their first major gig of the year at the ASDA Tickled Pink Girls’ Night Out concert at the Shepherds Bush 02 in London. 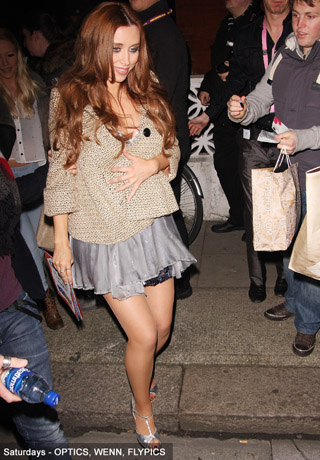 Confusion surrounded the mystery why band member Vanessa White didn’t take to the stage last night at the Shepherds Bush 02. 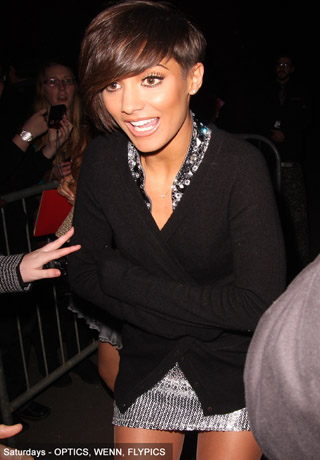 One fan told Flyer: “We heard the sound checks and Vanessa seemed to be struggling vocally.” According to reports Vanessa left the building being consoled by band mate Rochelle Wiseman.

Vanessa was apparently fighting off an illness and therefore was not able to perform. 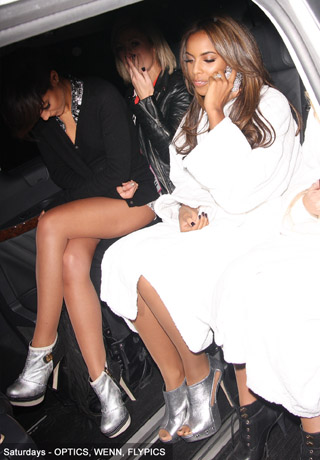 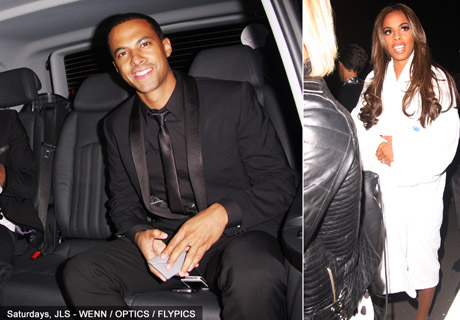 Rochelle wearing a dressing gown to keep warm took to her phone. We imagine to chat about her performance with her boyfriend Marvin from boy band JLS.

JLS were snapped at Nobu Restaurant in Mayfair.

A heavily pregnant Una Healy under the watchful eye of Frankie Sandford greeted well-wishers before  heading back  to their Hotel. 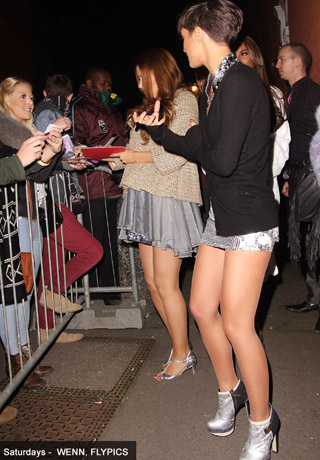 Michelle Keegan was spotted leaving the Mayfair Hotel in London. 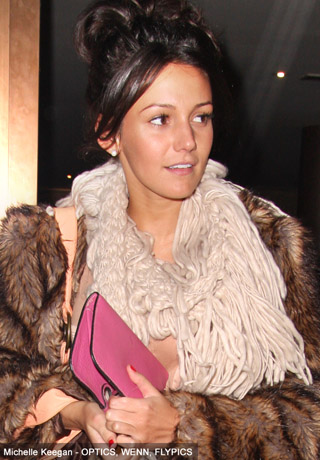 The actress was surprised to see over 100 fans waiting outside. 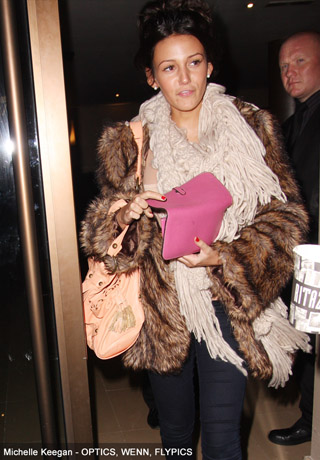 Michelle was relieved to find that the fans were not actually waiting for her but had been tricked into believing Leonardo Dicaprio was attending a premier at the Mayfair.