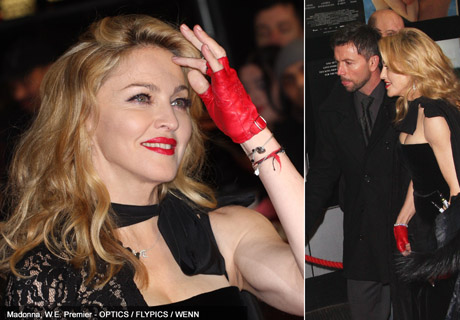 Material Girl- Madonna had a point to prove when she stepped out on the red carpet for the premier of W.E. The intimate crowd made up largely of Madonna fans and professional autograph collectors welcomed the singer/film director to the carpet in Kensington. 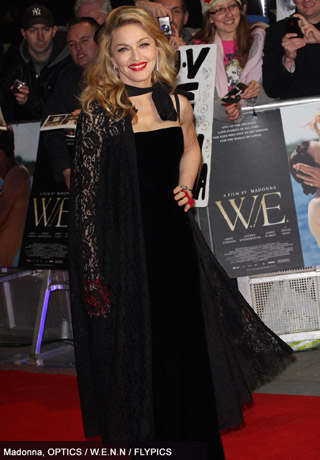 After negative media coverage from her last appearance Madonna stayed on the red carpet for 2o minutes greeting her fans and signing autographs. 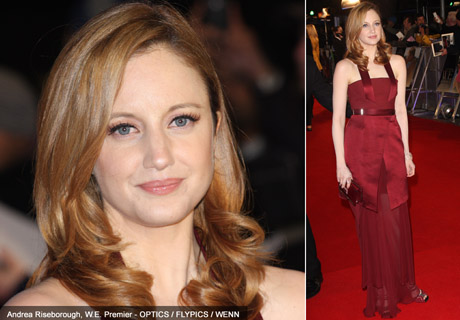 W.E  tells the story of the love affair between Wallis Simpson and King Edward VIII, stars Andrea Risenborough (above) and James D’Arcy in the lead roles, both of which attended the UK premier in London. 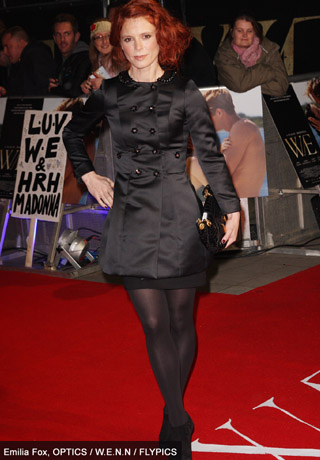 As with the first premier Madonna was wearing black and lace which was the predominant colour of most guests. (Below Madonna at W.E premier October). 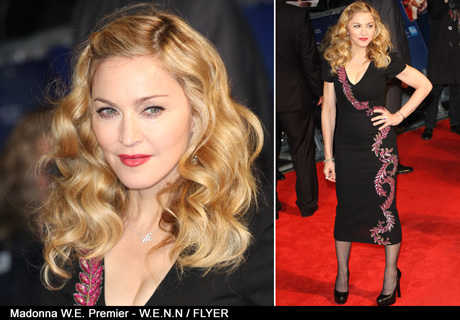 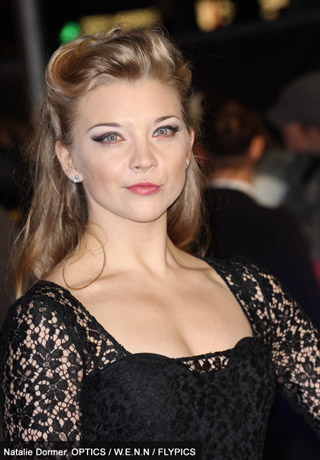 Actress Olivia Grant (below) was having a nightmare time with the shoulder strap of her dress and last ditch attempt to hoist it back on her shoulder, she gave up. 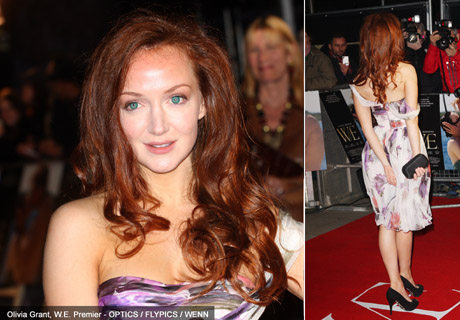 The night however belonged to Madonna who revelled in the warm reception that she received.

Outside the premier autograph collectors and fans were also celebrating. “I’m stunned I don’t know what to say, Madonna doesn’t usually spend so much time on the red carpet, she literally signed for everyone tonight…” said a Madonna fan. 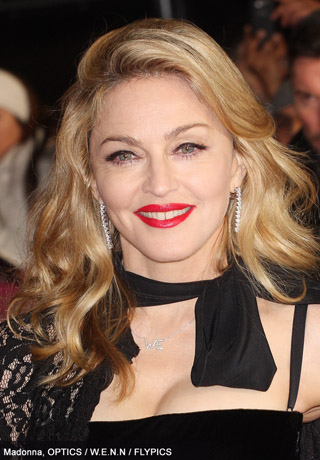 TOWIE star Lauren Pope has revealed how shocked she is after discovering this week that her PIP breast implants could severely damage her health. 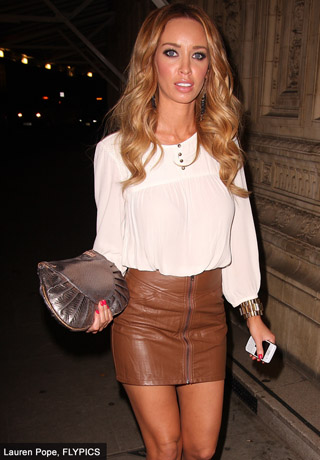 It is estimated that as many as 40,000 women may have to have an operation to get the silicone implants removed.

Lauren said: “My surgeon rang me quite late at night; it was about 10.pm when I got her call. Her phone number came up on my phone and I thought, ‘oh God, it’s not going to be good news.”

She said: “Just to let you know, you have these implants, the English government aren’t saying you have to get these removed however the French are…”