Celebs rock 2012 in the capital 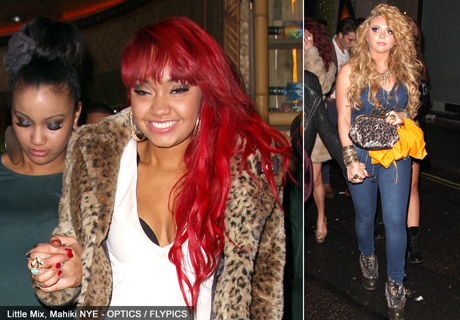 According some reports three out of four Londoners stayed at home on New Years Eve, London town was also pretty much of a no-go area as far as celebs were concerned also. Those that did dare to brave the heat of the capital included Lauren Pope, Jodie Marsh, Chloe Simms, Paije Richardson Leigh-Anne Pinnock and Jesy Nelson from Little Mix. 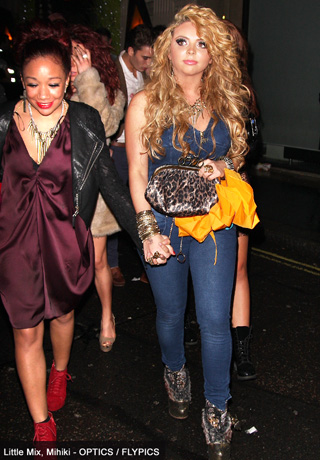 Chloe Simms reportedly was turned away from Cafe de Paris and we’re not sure what happened to Lauren Pope at Movida. In central London Little Mix’s Leigh-Anne Pinnock and Jesy Nelson (X Factor) rocked into Mahiki in Mayfair to toast the New Year. 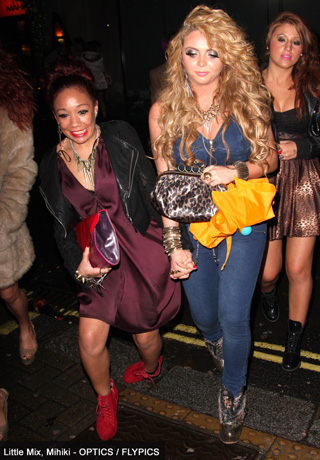 Jesy Nelson from Little Mix was clearly enjoying the limelight however her friend was lucky not to have damaged her ankle after she tripped up on the curb. 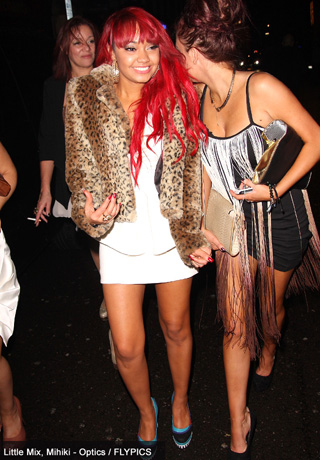 Leigh-Ann Pinnock (above) and her girlie entourage also joined in the New Years Eve party at Mahike. 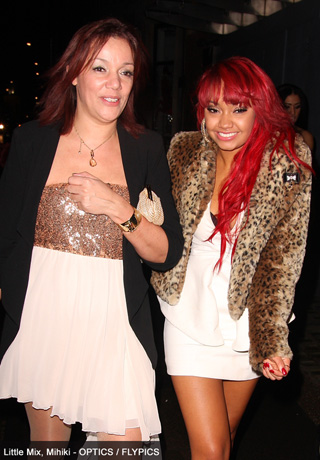 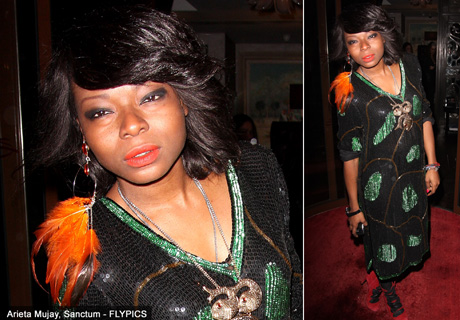 Arieta was spotted at the Sanctum Hotel in Soho.