Houghton serves an alternative dish of the day Chantelle Houghton and animal rights organisation PETA today served up an alternative dish for customers shopping at Fortnum and Mason in Piccadilly. 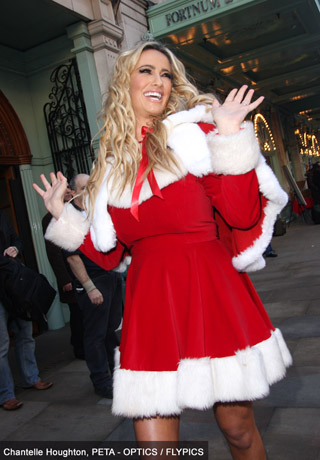 Dressed in red velvet the former Celebrity Big Brother winner Chantelle Houghton led the protest against the department store’s sale of foie gras. Houghton offered up free tins of deliciously decadent, cruelty free faux gras to shoppers who signed PETA’s enormous Christmas card urging the department store to end its sale of product which in its production is illegal under UK law. In foie gras production, young geese are crammed into pens and up to 2 Kilograms of grain and fat are pumped through pipes into their stomachs each day. Investigations on foie gras farms have documented dead and dying birds, some with holes in their necks from pipe injuries. Chantelle Houghton joins a long list of public figures who are reportedly against the production and sale of foie gras. They include Sir Roger More, Bill Oddie, Dame Vera Lynn, Twiggy and many more. 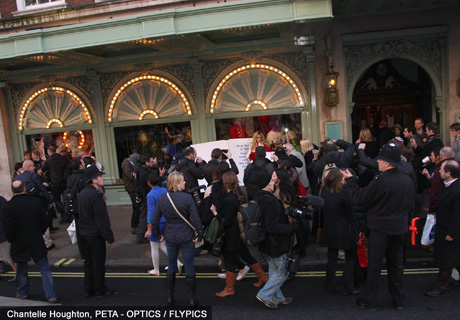 It has been a busy fortnight for Chantelle who we pictured last week launching her Fake It! false eye lash range. 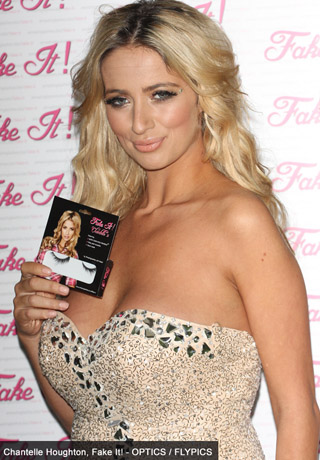 Nat and Tolula were joined by guests including Fashion Blogger, Marian Kihogo.