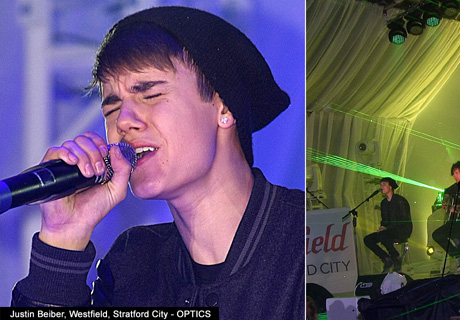 Postcode’s meant nothing to American teenager Justin Bieber who took less than ten minutes to travel from Westfield London Shepherd’s Bush to Westfield Stratford City to turn on the Christmas lights and bring an early cheer to thousands of screaming teenage girls. 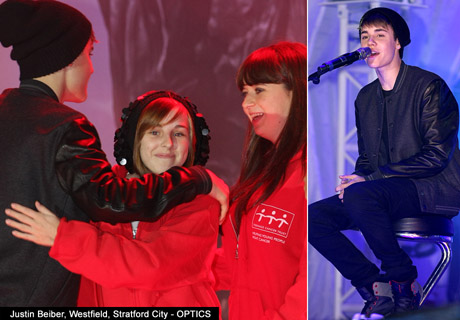 Some Justin Bieber devotees had queued for up to ten hours to catch a glimpse of their teenage idol and for the lucky few, there were opportunities to greet the teenager back stage. 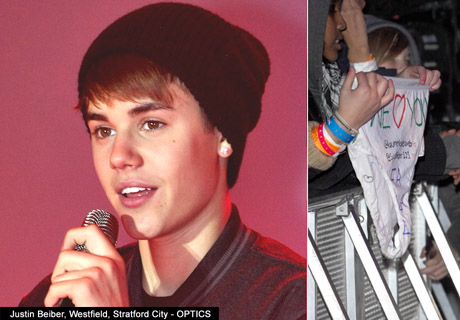 Bieber fans in Stratford counted down the minutes, there were screams of delight when Justin Bieber’s helicopter was spotted approaching the Olympic car-park. 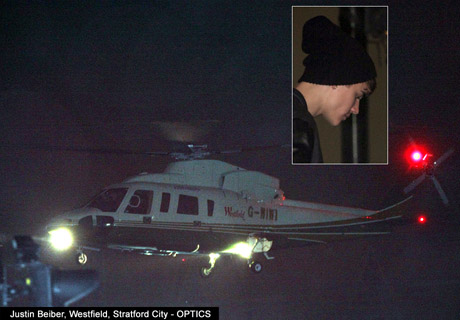 If there were any signs of stress following recent allegations they didn’t show, Justin led the countdown in front of 8,000 screaming fans who were gathered at Westfield’s Chestnut outdoor plaza. 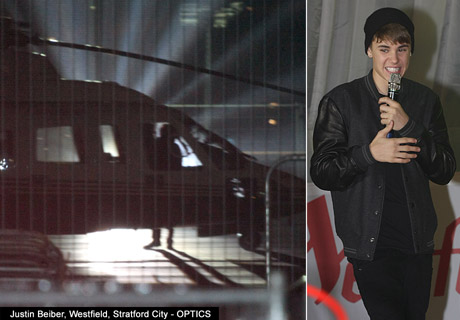 Justin took to the stage at 8.pm and performed an acoustic set which included his new hit single Mistletoe, Bieber devotees sang in unison against a backdrop of glittering pyrotechnics. 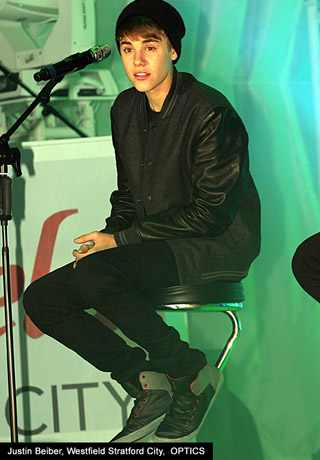