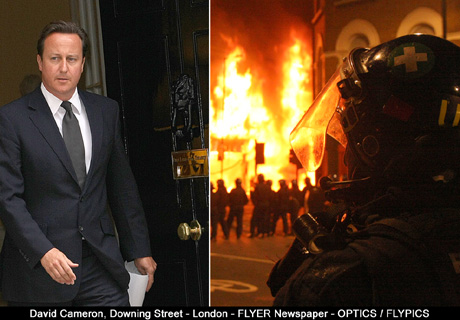 Even before the last stone and the last bottle is thrown, the British public demand answers from the Government as to why the city was placed under siege and what plans they have to create a sustainable peace. 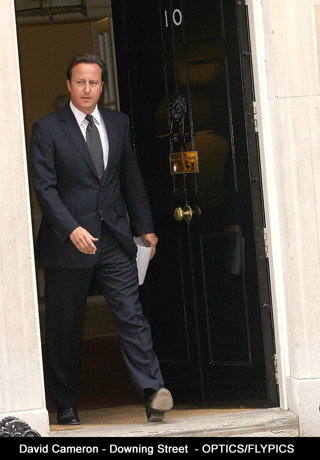 Casting our eyes back to last Thursday, the bungled shooting of 29 year old Mark Duggan, triggered the most violent uprising the UK has seen in over 30 years. The subsequent violence has brought shame on the UK in the eyes of the world. 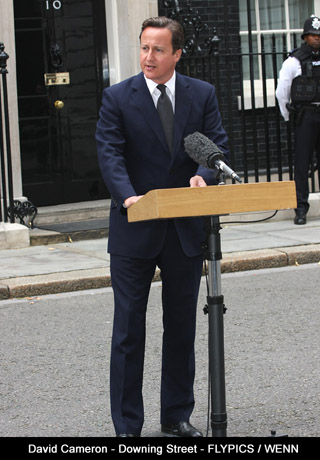 Whilst many splinter groups may have shifted their focus away from the route cause, Mr Duggan’s death, the chain of events that followed was however predicted even if the eventual outcome was beyond anyone’s wildest comprehension. 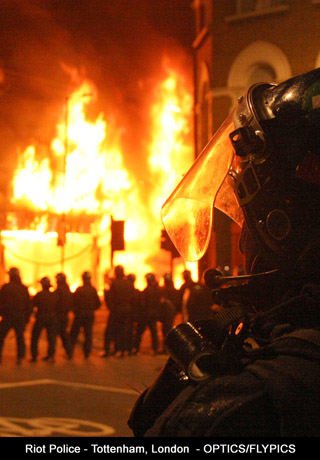 Flyer Newspaper’s teams have been working throughout this period, reporting from the frontline, Downing Street and behind police cordons.  Whilst we have witnessed the absolutely deprived side of human nature we have also witnessed the rotten apples however minor still exist within the Metropolitan Police Force.

For example a female constable in Clapham Junction said yesterday: “Some people would rather we were using petrol rather than water canons when confronting rioters.” However funny this quip may have sounded to her she showed a complete lack of empathy amongst the people she was talking too. 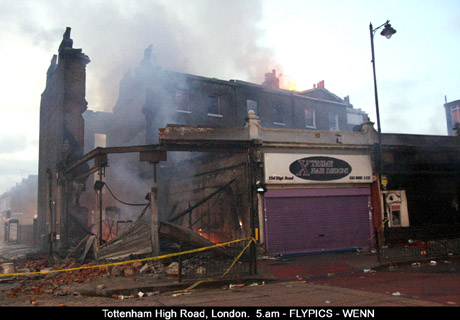 As Flyer has said before, the role of self-appointed community leaders must be reviewed. Mentoring schemes are extremely effective and successful business leaders are vital in inspiring young people from disadvantaged backgrounds in London.

What were the trigger points?

It’s too easy to write off poverty, youth disaffection and cuts to youth services in playing a significant part in these uprisings but neither can you ignore these facts. 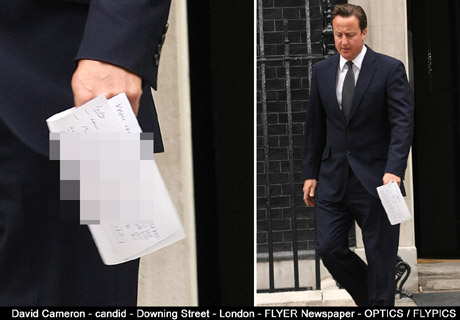 It would appear that a high number of teenagers not affiliated within gangs but who shared a common grievance of alienation within society were more likely to partake in this crises than those that weren’t.

(Above) David Cameron’s notes were on full display as he was snapped by Flyer in Downing Street yesterday.

David Cameron commented after Chairing a meeting of the Cobra committee.

“Water cannon – until now only ever seen in the UK in Ulster – will be available at 24 hours notice to deal with the “despicable violence” being carried out in cities across the country.

And in a sign that other more draconian crowd control measures will now be at the disposal of the police he said: “We will do whatever is necessary. Nothing is off the table.”

Cameron added: “There are pockets of society that are not only broken, but frankly sick… It’s a complete lack of responsibility in parts of our society, people allowed to feel that the World owes them something.” 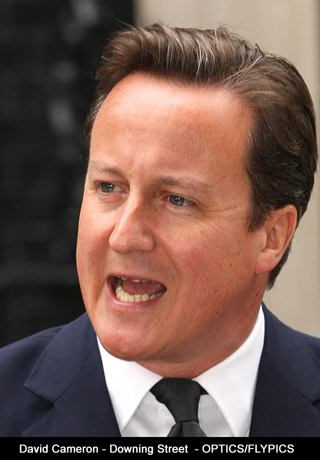 In response, editor of Flyer Newspaper Mark Weir said: “You cannot just put a lid on a pressure cooker and hope that the problem goes away however deplorable the scenes we have all witnessed.

It’s in society’s interest that we look to find a solution and not a scapegoat.” 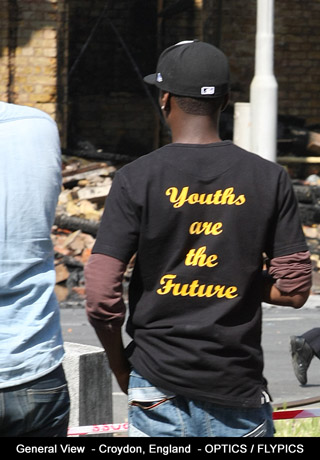 A mother told Flyer News: “I literally had to physically wrestle my fourteen year old son back into the house. He has never been involved with gangs before but he has been stopped and searched. He received a message that something was going down in Lewisham and felt compelled to go and see,” she said.

Poverty also found a place in these demonstrations. Tottenham MP. David Lammy said in a previous interview with Flyer Newspaper; “Public sector cuts are really going to hurt, politicians must display tremendous empathy with their constituents that they represent.” Ironically this crisis will be the biggest tests of MP David Lammy’s career.

Lib Dem / Conservative cuts are biting communities. Racism in the private sector forced many workers to join the public sector where it was assumed they would be insulated from racism in the work place. Huge cuts to the public sector purse have effectively threatened to switch the clocks back to the mid eighties in terms of rising unemployment and community cohesion.

Young people across the UK face an uncertain future. 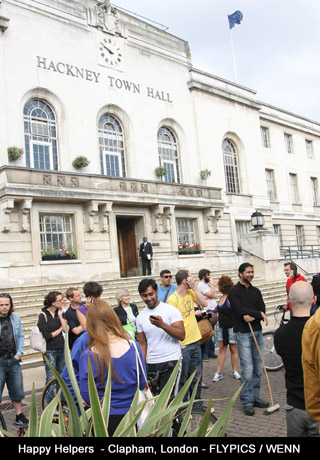 Whilst this is no excuse for any of the violence which are now associated with the tragic chain of events there are issues that need to be brought to the table if we are to overt the apocalyptic scenes that Flyer Newspaper’s  reporters have been witnessed over the past four days.