Anne Marie becomes a Master at only 20 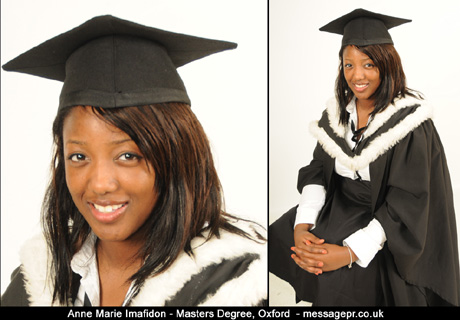 Anne Marie Imafidon from East London has become one of the youngest Brits on record to have achieved a combined masters degree at only 20!

Anne specialised in Maths and Computer Science at Oxford University. 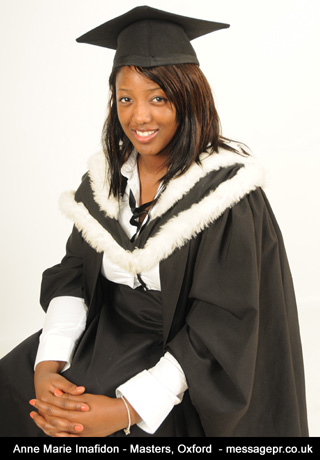 Anne Marie Imafidon has become one of the youngest students on record to have achieved a Combined Masters Degree in Maths and Computer Science at the age of 20 from Oxford University.

At the age of 15 she had already become one of the youngest girls to be admitted for a direct Masters Degree. Previously she had achieved her Maths A level at the age of 11, with two GCSE’s in Maths and ICT aged 10, while gaining a total of 10 GCSE’s and 5 A levels and 2 AS’s. She was the only student in her last year at Oxford University to receive on her final project national recognition from the British Computer Society.

Anne Marie, who lives in East London with her parents, graduated on the 30th July 2011  and has two visions for her life. She wants to help disadvantaged young people in their education and give them the inspiration to learn. She also plans to set up her own enterprise IT consultancy.

Chris Imafidon her Father said on his daughter’s success “The family is very proud of her, but every child can achieve, if given the right tools, techniques and technology in an enabling environment.”

Commenting on her achievement Anne Marie said, “Education is such an important part of young peoples lives and I want to get the message out there to the youth that learning is such an vital element in their growth and understand that mathematics is essentially a game of numbers.”

Born in Barking, Anne Marie’s hobbies are cooking netball and fashion. She also volunteers in her spare time for the Excellence in Education programme that is supported by the Wilson Education Foundation, a body based in London that aids and supports youngsters in inner city environments in education and motivation.

In addition she gives free study guides to students via her family website.