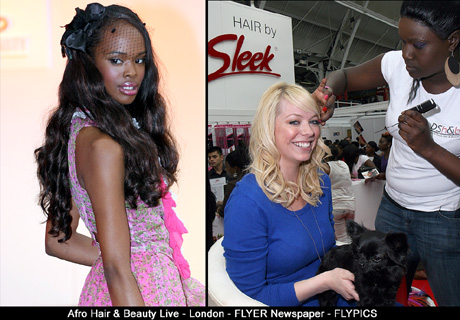 According to recent reports, African and Caribbean women residing in the UK spend over £30 million per year on hair and beauty products. This industry embraces change and at the fore front of this constant evolution is the Afro Hair and Beauty Live showcase. 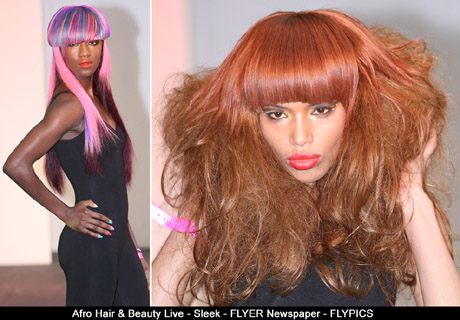 Each year thousands of visitors from Europe and overseas descend on Europe’s largest Afro Hair show to either exhibit or marvel at the breathtaking innovation and creativity on display. 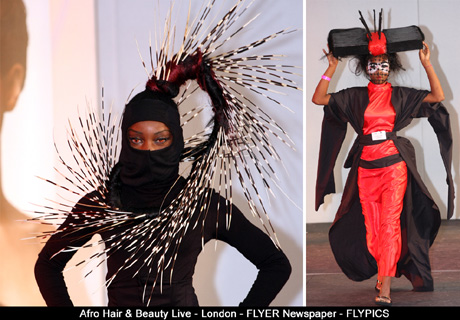 This year was without exception the most diverse. “There is simply something for everyone and every taste.” said Mark from Flyer. 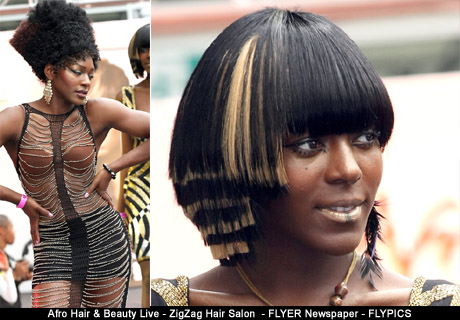 Emmerging talent Korell Williams (Zig Zag stylist) is ranked amongst the best and we believe he is ‘tipped for the top’.

As with America there is an upward trend towards natural hair, however the industry remains heavily influenced by global trend setters such as Beyonce, Rihanna, Niki Minaj and the like. 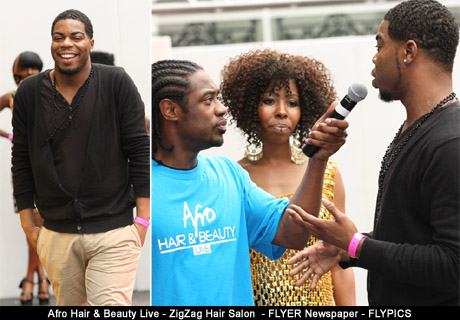 Building on her success of previous years was a young hair stylist: Christine Walker originally from Kingston, Jamaica. 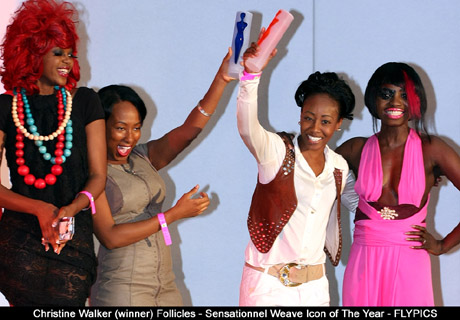 Christine who resides at  Follicles Hair Salon and was awarded first place in Sensationnel Braid Icon of The Year category. 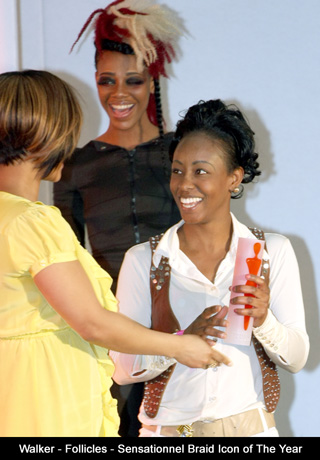 Shortly after heading off the stage Christine Walker was called back again to collect the Sensationnel Weave Icon of The Year award. 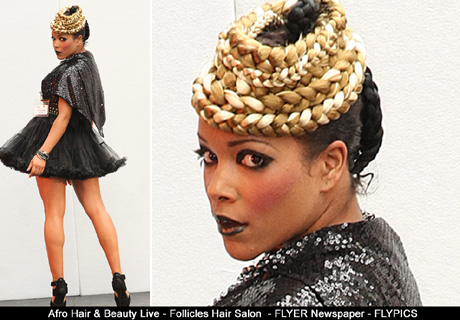 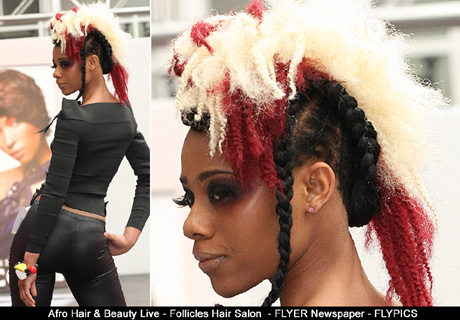 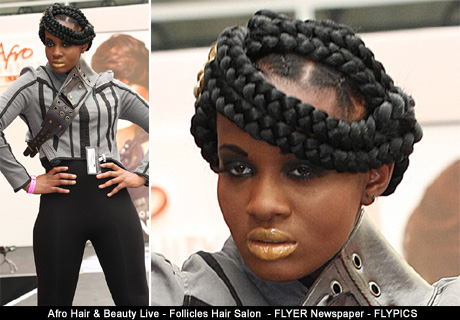 Christine Walker said: “This award means so much to me I based my Braid Icon designs on military and precision. Achieving first place is a fantastic confidence boost. I’m now officially ranked amongst the best.” 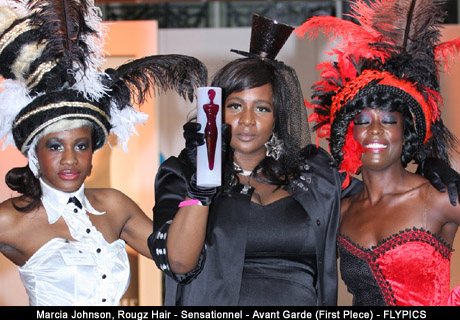 Speaking to Flyer Marcia said: I came here this weekend to win two awards; I have achieved all that I have set out to achieve. 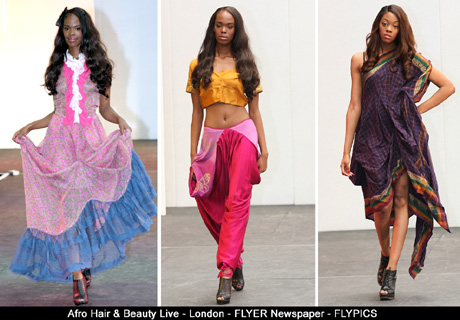 As well as hair shows and seminars, Zed Eye fashion label provided an opportunity for emerging and established designers  to showcase their collections. 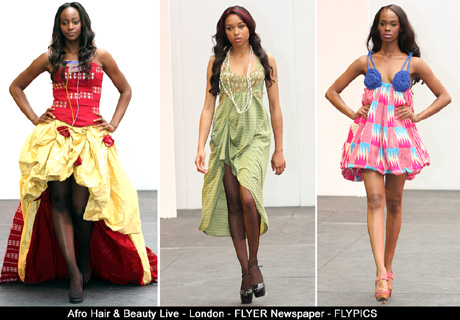 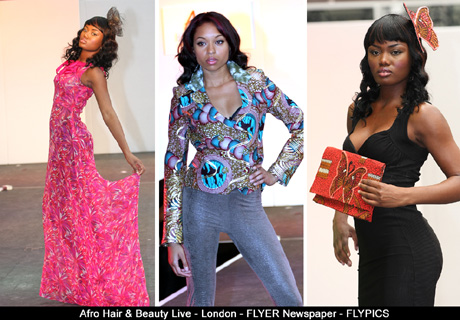 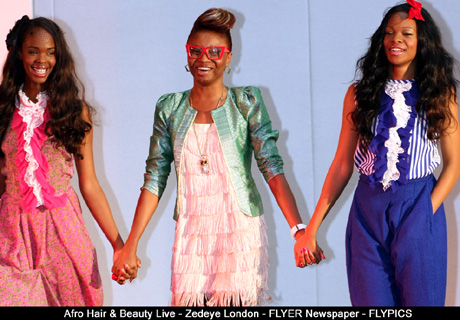 Despite the recession creativity was on the agenda. 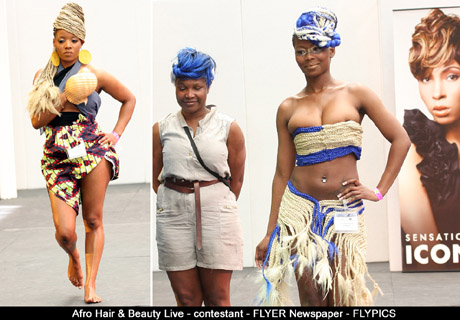 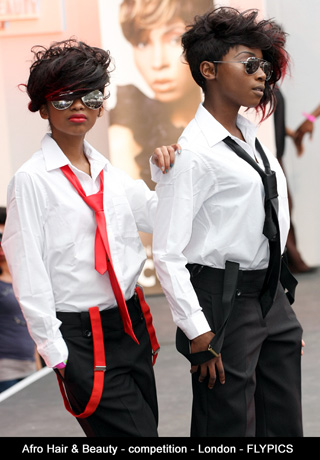 Atomic Kitten’s Liz Mclarnon was spotted at the Sleek stand. She was given a little extra boost from the Sleek staff. 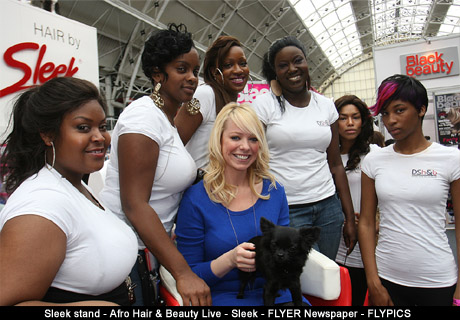 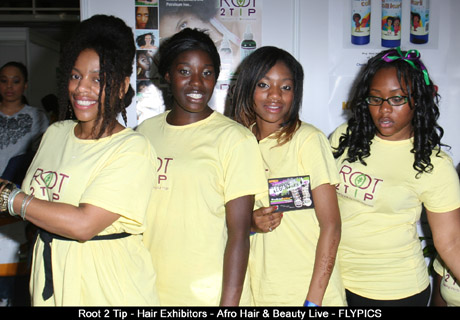 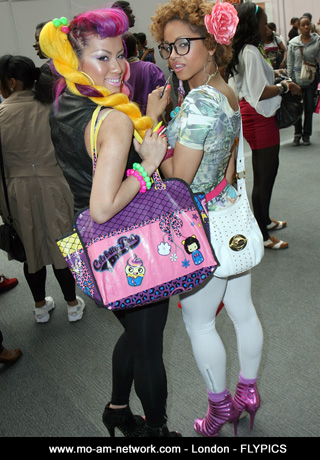