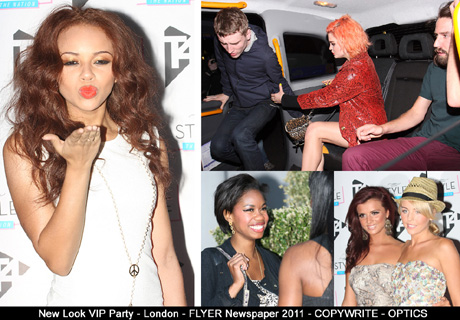 Deets on this party had been embargoed however, with celebrity limousines heading out of central London it was reportedly open season for paparazzi in Marylebone last night. 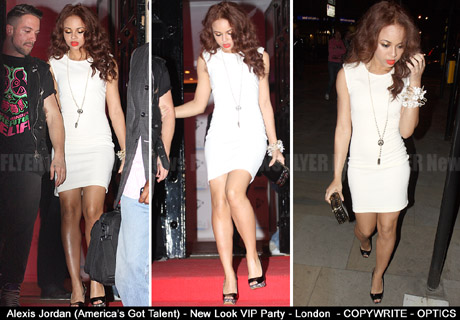 “We tracked several  vehicles heading towards Great Portland Street so we followed them.” said a photographer. 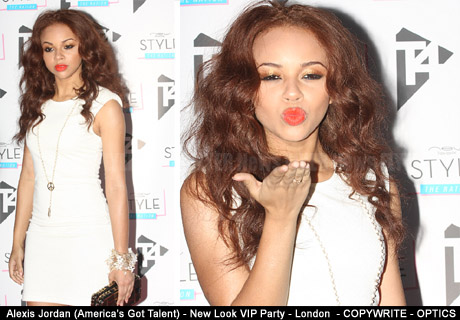 America’s Got Talent finalist – Alexis Jordan has been in London now for several days, it is her third visit to the capital and her fan club is growing rapidly. The American teen, wearing an ivory white dress looked a bit shell-shocked after being perused by London’s paparazzi. 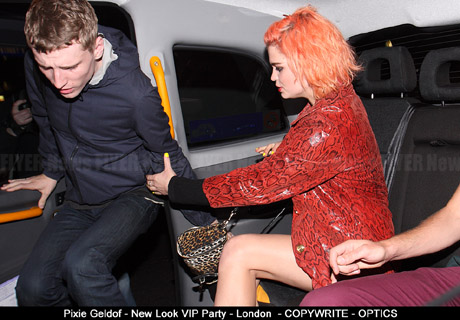 You would never have placed Pixie Gelfof as being a ‘life saver’ but when she hailed a London Black Cab, the last thing she or anyone else for that matter expected was a driver who thought he was on set of a Starsky & Hutch movie. The driver sped off with one door half open and a passenger clinging to the side whilst Pixie tried to pull him in. 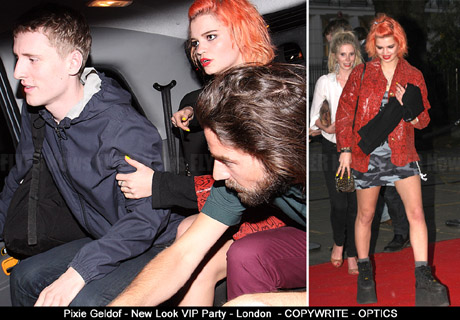 Pixie appeared to have been giving the driver some verbal but given what she was wearing ‘Urban camouflage’, it is unlikely the driver took her very seriously. 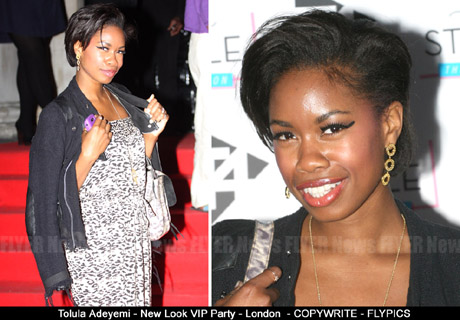 No party is complete without model and celebrity DJ Tolula Adeyemi who has according to twitter been working in the US. We’re really feeling the ‘New Look’ here at FLYER. 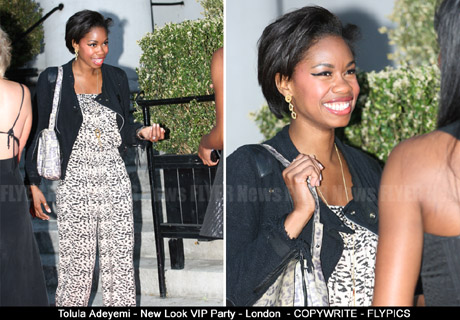 Walking the New Look red carpet was some of the cast from The Only Way is Essex. Lauren Pope appeared to be nursing a saw head whilst the other (Not so camera shy) ladies where happy to bask in the attention of the press.

Saving the best till last, Vanessa White from the girl group The Saturdays was the last VIP to arrive. Wearing a fun-all-in-one, Vanessa was keen to show off her newly toned physique. 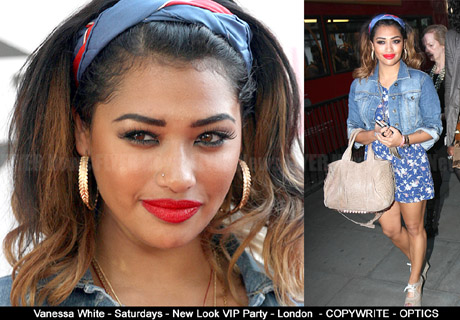 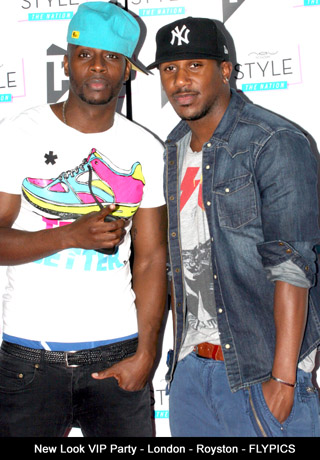