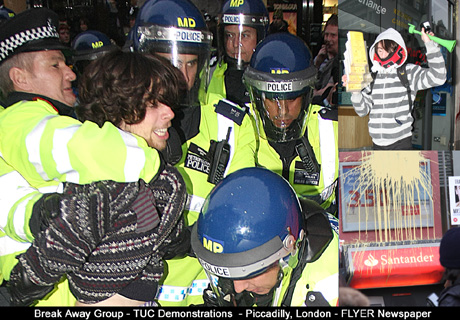 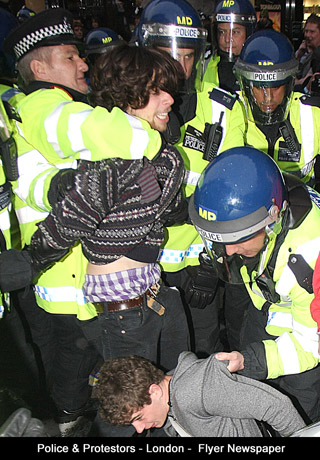 The violent clashes appeared to be well coordinated and at times the Metropolitan police were vastly out numbered. Protestors pelted the police with Ammonia, Paint balls, Golf Balls, Dustbins and pretty much anything else that could be thrown. Police snatch squads became the target of frustrated demonstrators some of which were seriously injured in the commotion. 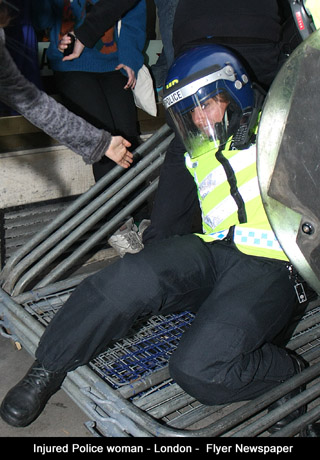 Missing from these clashes were police on horseback. “They appear to be holding back during the daylight hours.” said a seasoned demonstrator. 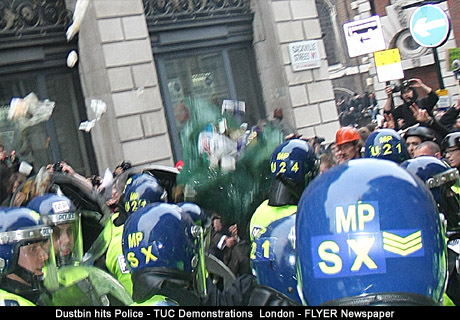 A press photographer injured after he was hit by a golf ball said: “A minority of the demonstrations were prepared for trouble. They were armed with paint, ammonia and fireworks. The person next to me was hit in the face with some form of explosive device, there was blood everywhere.”

As the crowd surged forward in Piccadilly Circus the police were forced to retreat, tourists and shoppers ran for cover. 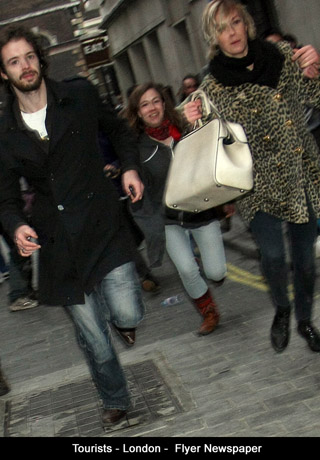 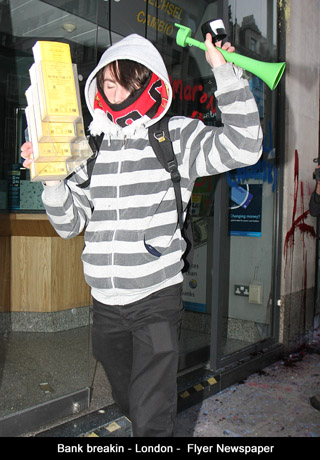 A statement from Scotland Yard read: Throughout the day there have been a total of 211 arrests for a variety of offences including public order offences, criminal damage, aggravated trespass and violent disorder. All are currently in custody at various London police stations. 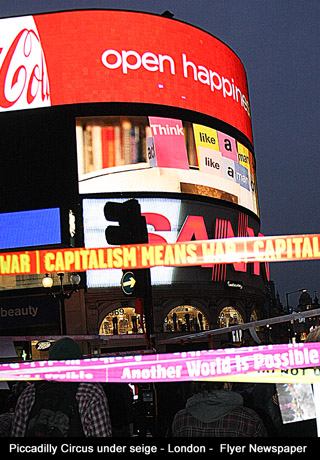 In total there have been 66 reported injuries over the course of the day, including 13 police officers.