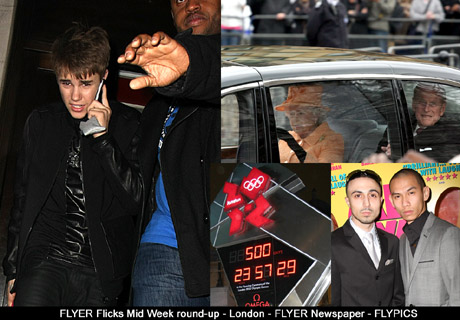 London is bustling with activity this week, Royalty, movie premiers, Olympic ceremonies, Justin Beiber, the Smith family to name just a few of the events that we’ve covered.

Later on this week we hope to give you the pre launch pictures of Jamaican actor – Oliver Samuels new Hot Pepper Sauce which will be hitting UK markets later this year. 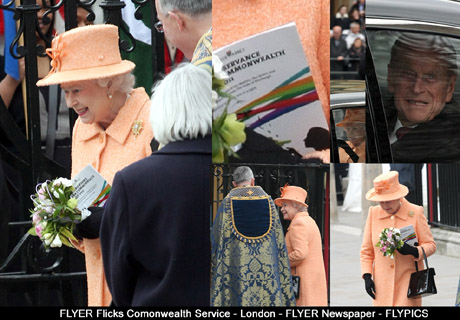 HRH Queen Elizabeth II and Prince Phillip, Duke of Edinburgh  are snapped arriving at the Commonwealth Remembrance Service in London. 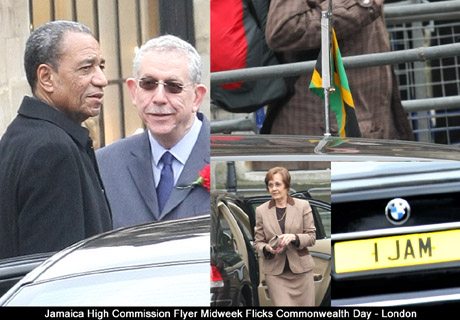 The service was also attended by Jamaica’s High Commissioner His Excellency Anthony Johnson, and hiswife.

With Jamaica celebrating its 50th Anniversary and the 2012 Olympic Games around the corner, communications between the Embassy and Jamaican’s living in the UK are said to be at an all time low.

The Jamaican Trade and  investment delegates also attended an international food conference at Excel, a 2012 Olympic dinner in Holborn and a JAMPRO seminar. However this news was met with indifference by key sections of the Caribbean UK media. 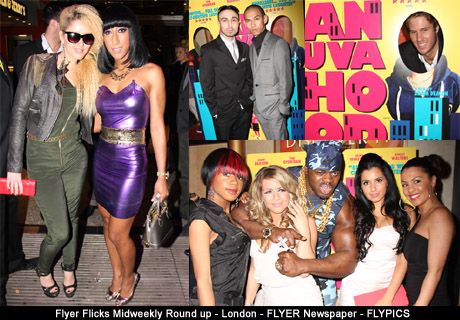 Anuvahood premiered in Leicester Square. Directors Adam Deacon and Michael Vu were joined on the red carpet with celebrities who included Preeya Kalidas, Esmee Denters, Egypt, Tiny –Irons and girl group Fe-Nix were amongst many.

Surprisingly the one person who was missing from the line-up was the Writer and Director of AdultHOOD Noel Clarke.

The Olympic Countdown ended in embarrassment in London. Within Twenty four hours from the Countdown launch in Trafalgar Square, the clock stopped ticking!

Judging by the facial expressions of Sebastian Coe, Jessica Ennis and Mayor Boris Johnson, Mark Weir from FLYER News commented; “It all appeared a bit too good to be true, these are people who are used to technical glitches and they obviously came prepared for the worst case scenario.” 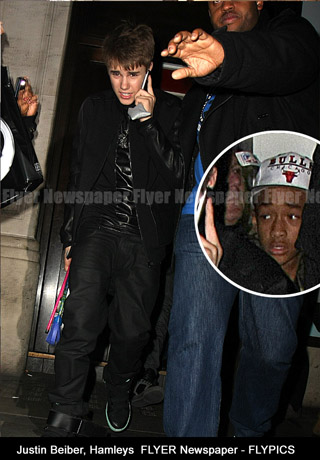 Justin Beiber and Willow Smith were pictured during their late night shop at Hamleys in Regent Street. Photographers clashed with Justin’s security as they made safe his departure from the store.

Willow Smith was spotted playing with toys near the entrance whilst Jaden remained with Justin Beiber.