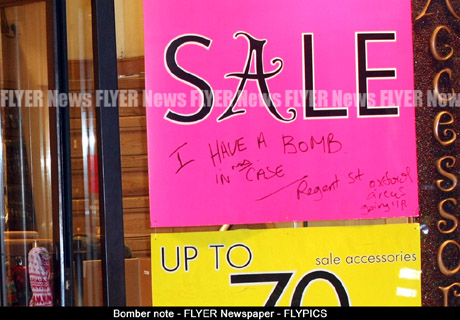 London was on lock-down as a mentally unstable person broke into Accessorize retail outlet in Regent Street, London and threatened to ignite a huge bomb inside his case. The message was scribbled on the front of the shop. 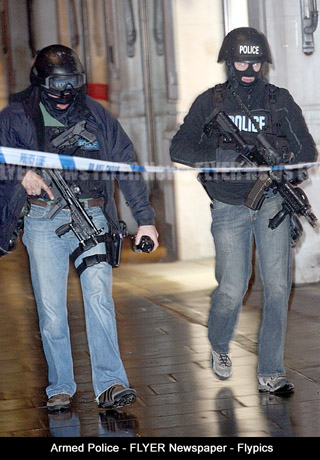 The occupant was in the store for over one hour with pedestrians casually walking past before the police cordoned off the area believing he was a suicide bomber. Workers told Flyer:  “People were just passing by and looking, it was at least an hour before the area was evacuated.” 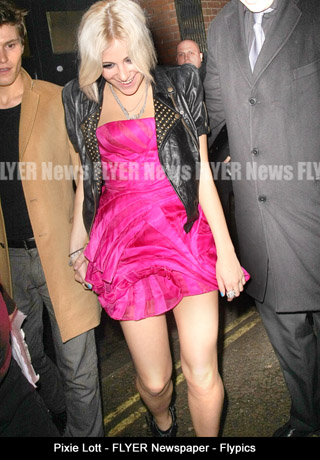 According to police reports they were alerted by the security alarm and went to investigate the premises whereby they found the man believed to be a suicide bomber.”

Nearby clubs were evacuated including Movida. Pixie Lott, Chipmunk and Jamelia were escorted via the fire escape. Solo artist Jamelia was celebrating her Birthday and pre album launch. 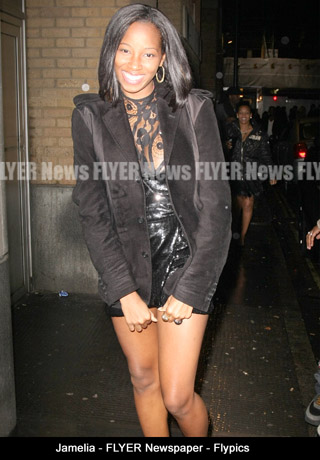 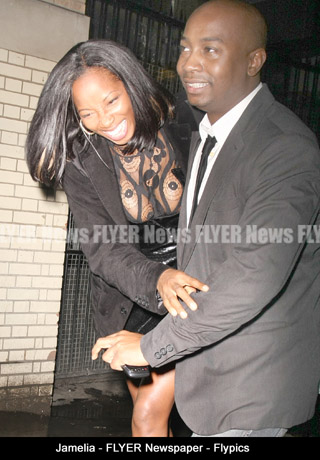 At 5.am a man who is believed to be the cousin of the suspect spoke to the police. According to FLYER News investigation the cousin told the police; ‘His is called Malcolm, he is going through some personal issues and he is from Biggin Hill area. There are definitely not any explosives involved.” It is believed that the suspect has attempted similar stunts in the past. 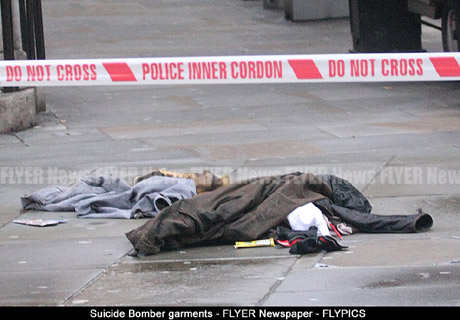 The siege continued until 5.30am when the suspect handed himself over to the police. He was forced to strip naked to prove he was free of weapons but the public exclusion zone remained in place until 8.30am 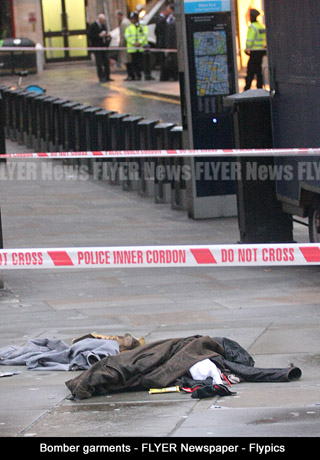